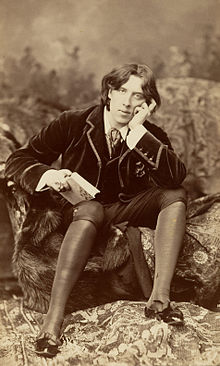 Oscar Wilde, in full Oscar Fingal O’Flahertie Wills Wilde, (1854-1900) was an Irish wit, poet, dramatist, and novelist. While The Picture of Dorian Gray (1891) is the only novel Wilde wrote, he also penned such witty plays as Lady Windermere’s Fan (1892) and The Importance of Being Earnest (1895). He is often celebrated as the figurehead of the late 19th-century Aesthetic movement that argued art should serve beauty not morality and is often called the art for art’s sake movement. However, he was also vilified for his homosexuality and decadent life style and was imprisoned from 1895 to 1897.

In May 1897, upon his release from prison, Wilde went to France, hoping to regenerate himself as a writer. His only remaining work, however, is The Ballad of Reading Gaol (1898), which voices his concern for inhumane prison conditions. Despite constant financial problems, he maintained, as George Bernard Shaw said, “an unconquerable gaiety of soul” that sustained him. He died suddenly of acute meningitis brought on by an ear infection. In his semiconscious final moments, he was received into the Roman Catholic Church, which he had long admired.
​
Many Victorian authors and readers were fascinated with Gothic horror and the supernatural. For example, both Emily and Charlotte Brontë included the elements of the supernatural within narratives in Wuthering Heights (1847) and Jane Eyre (1847).

To say Oscar Wilde is a controversial figure is a gross understatement: there had been no persona like Oscar Wilde, and after him, there are only pallid imitations of him. Wilde was the only literary antidote to Victorian hypocrisy.
​ 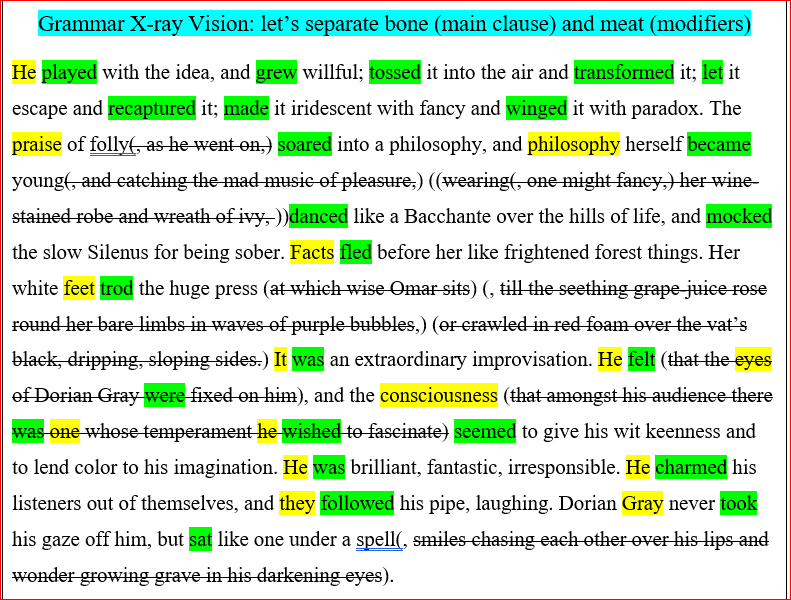 B
It has often been said that what we value can be determined only by what we sacrifice. Consider how this statement applies to a character from a novel or play. Select a character that has deliberately sacrificed, surrendered, or forfeited something in a way that highlights that character’s values. Then write a well-organized essay in which you analyze how the particular sacrifice illuminates the character’s values and provides a deeper understanding of the meaning of the work as a whole.

Oscar Wilde’s philosophical fiction novel, The Picture of Dorian Gray, may have two of the most selfish and deceiving characters of all time. The text published in 1890 tells the story about a young, handsome, wealthy and delightful man named Dorian Gray who becomes fascinated with the pleasure-seeking ideas and beliefs that were presented to him by an older man, Lord Henry Wotton. As a result, Dorian’s portrait painted by Basil Hallward, a close friend of his, begins to physically deteriorate as Dorian begins to participate in sinful acts. Nonetheless, Gray keeps deceiving others to his convenience.

Furthermore, the book contains a variety of self-centered, superficial, and hypocritical characters such as the wealthy socialites introduced in later chapters of the book. However, those characters’ unpleasant personalities fall short in comparison to the behavior the other two major characters Dorian Gray and Lord Henry exhibit. Lord Henry’s strong but poisonous influence over Dorian early in the novel reflects throughout the remainder of the book and it seems to get stronger as time passes. For instance, just days after receiving Lord Henry’s persuasive advice about how he should live life to the fullest and search for “new sensations” while he can, Dorian believes to fall in love with an actress from Paris, Sibyl Vane, and starts to question the accuracy of Lord Henry’s intriguing theories. Unfortunately, when Dorian realizes it was Sibyl’s acting that he was in love with and not her, he decides to leave her. Heartbroken, she commits suicide and Gray fails to show any remorse about her death. Instead, he decides to take Lord Henry’s advice and in a way, appreciate the tragedy, for to him it was an emblem of the undying love Sibyl had for Dorian.

After acting heartlessly and remaining apathetic about Sibyl’s death, Dorian notices that his portrait has slightly changed, making him look cruel. This is perhaps is the turning point in which Gray becomes fully won over by Lords Henry’s words and decides to hide the painting from everyone, as it began to show how horrid he had really become with time.

Many years after, Dorian ends up murdering Basil and reaches out to Alan Campbell, an old friend of his for help. Campbell was a scientist and had the necessary equipment to dispose of a corpse. After refusing to help, Gray blackmailed him into doing so and here is where the reader realizes just how evil Dorian had become. He perfected the skill of deceiving and manipulating others just how Lord Henry had done to him. Except of course, Lord Henry didn’t cause suicides and (as far as we know) commit murder. Still, he proved to be just as bad as Dorian. After all, he did play a key role in turning Dorian into the selfish monster he became. Aside from that, Lord Henry also showed how shallow he really was despite of all his “interesting”, unconventional ideas: “To me, beauty is the wonder of wonders. It is only shallow people who do not judge by appearances.”

Ultimately, when Dorian engaged in unethical behaviors no one else’s feelings were considered but his own. In the end, he dies an old, wrinkly man and the portrait goes back to being beautiful. Even after acting out in hypocrisy to mend his portrait, he failed and tried to destroy it instead since it depicted his true self and could even be addressed to as hard copy of his disturbed consciousness.


Alyssa Mendoza
In The Picture of Dorian Gray, Oscar Wilde creates a character, Dorian Gray, who looks and acts innocent around others, but is really deceiving and ominous inside. This helps to depict a bewildered and ghoulish tone for the story as a whole. The actions of Dorian Gray help produce an ambivalent mood and portray it onto the readers.

In the beginning of the story, Basil reluctantly introduces Harry to Dorian Gray, hoping that Harry will not tarnish and “spoil [Dorian].” After having a conversation with Harry for quite some time, Basil finishes painting a portrait of Dorian, however, upon laying eyes on it, all of Dorian’s morals and values changed. He was “as if awakened from some dream” and “he had recognized himself for the first time.” Then, he soon came to realize that the portrait “will remain always young” and that he would not. Dorian cried that “there is nothing in the whole world that [he] would not give [and he] would give [his] soul” for him to always be young and for the painting to be the one that grows old. This event marked the birth of Dorian’s dishonesty and deceitful nature once he became aware of “his own loveliness.”

As the story went on, Dorian grew more and more anxious and weary about the portrait. He began to despise it because he thought it revealed the secret of his true identity, so as a result, he covered it up and locked it away, making sure no one was to lay eyes on it ever again. Over some time, Dorian became distant from Basil and hung out with Harry more. One ghoulish night, Basil visited Dorian to say goodbye before he headed off to Paris for six months. Basil insisted on seeing the portrait, and Dorian finally agreed to show Basil the portrait which would reveal “[his] soul.”

Upon laying eyes on the portrait, Basil realized it was not the same and that it had changed in a negative manner. It revealed who Dorian was and that he was not the innocent young boy that he had first met a long time ago. When Dorian looked at the portrait once again, he felt rage and hatred come over him and without thinking, grabbed a knife which was shining out to him, went over to Basil, and stabbed him in the back of his head. Dorian committed the crime of murdering Basil to ensure the safety of the secret of his true identity would not be known by anyone but himself.

As the story neared its end, Dorian encountered James Vane, Sibyl Vane’s brother, and James tried to kill Dorian. After deceiving James about his identity with his youthful looks, he ran off in fear of James finding him again. James’ image haunted Dorian and he imagined seeing James again through a glass window with him staring straight at Dorian. One day, a man was shot and upon examining the face of the person, Dorian let out “a cry of joy” and “his eyes were full of tears, for he knew he was safe.” The person that had been shot in the thicket was James Vane, so Dorian felt a relief that he did not have to watch his back or feel threatened by James ever again.

Ultimately, in The Picture of Dorian Gray, Oscar Wilde portrays Dorian as a deceiving, disingenuous, two-faced man. At the end of the story, Dorian admits to “hav[ing] done too many dreadful things in [his] life” and “he knew that he had tarnished himself.” “He felt a wild longing for the unstained purity of his boyhood” and wanted to “be at peace.” He then killed himself by using the same knife that killed Basil to stab himself in his heart. The deception of Dorian Gray ate at him until he could no longer bear it and ended up taking his own life. This helped contribute to the story as a whole by portraying what happened to a man that deceived others and was dishonest just to help himself and ensure his own personal safety.
​